The Olympics are Coming 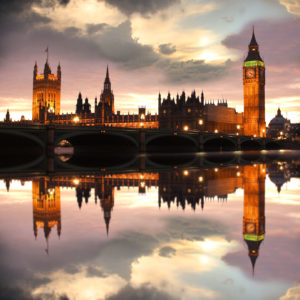 Cybersecurity During the Upcoming Olympics

With less than six months now until the games come to town, it seems every one and their mum is warning of the carnage it will bring.

Recently I received an email from Transport for London, telling me about its new website – ‘Get Ahead of the Games’, to help me avoid the inevitable travel hotspots from additional people in our great capital.

Then, today, I wake up to the news that the British Government has warned us all to ‘prepare for communications breakdowns’! I don’t remember that being mentioned when Dame Kelly Holmes was jumping around, while Coe and Beckham became embroiled in a manly hug! Perhaps we’d have been better off saying, thank you very much but in retrospect we’ll let our goods friends the French have it.

Apparently, during the Beijing Olympics, there were 12 million “cybersecurity incidents” so it’s unlikely London won’t attract any. That said, we can take some reassurance that the Olympic Committee isn’t blindly hoping for the best.

We were treated to a display from our elite British security forces who, earlier this year, donned their waterproofs and took to the Thames in high speed boats to practice their strategy to evade a terror attack during the Olympics. Was it impressive – certainly, will it be enough – only time will tell.

There’s also a new guide, produced by London 2012 and the Cabinet Office, giving some useful information to help businesses not only prepare, but also take advantage, of the ‘largest sports event in the world’.

Don’t get me wrong, I’m not ‘anti’ the Olympics – in fact I’m auditioning in a few weeks to take part in either the opening or closing ceremony, but I do think that it’s not just fun and games in the various arenas we need to consider. Such a high profile event is going to put the businesses, and people, living in the UK in a number of spotlights and not all are going to be warm and fuzzy.

While Theresa May has said that the UK government has “robust plans” to deal with cyber attacks on London’s Olympic Games systems, with work underway to strengthen industry’s ability to defend against attacks, I don’t think I’d trust her to come round and lock my front door.

Take a few minutes to think about your security today, and whether you need to change anything for the summer, so you can relax and enjoy the games.