An insightful evening with Immersive Labs 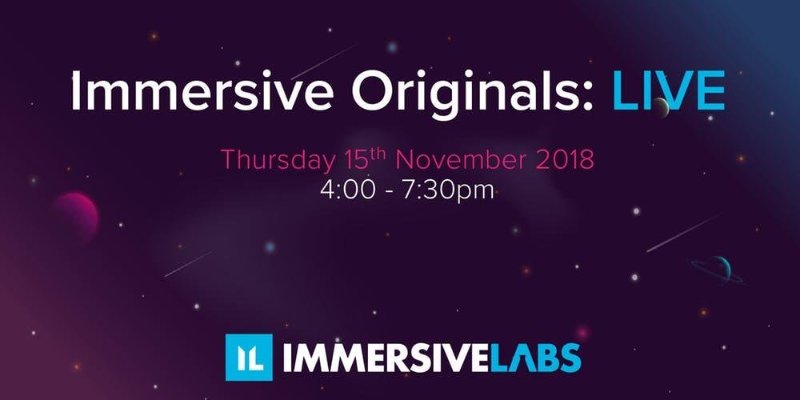 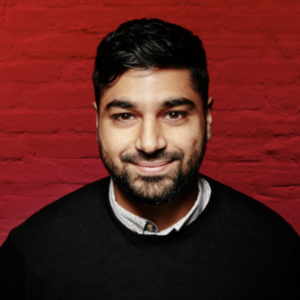 On Thursday 15th November, I made my way to the tech hub of London, Old Street, to sit in on the inaugural Immersive Originals: Live event, which was hosted by our client Immersive Labs.

For those that are unaware of the name, Immersive Labs is a leading UK cybersecurity company that produces digital academies aimed at identifying, training and upskilling new cyber talent throughout the world to shrink the cyber skills gap and help organisations reduce cyber risk.

This Live Event aimed to bring together some of the greatest minds in cybersecurity as they tackled some of the biggest issues from within the industry. After the formal introductions were made, the crowd of roughly 150 security professionals took their seats to begin the proceedings.

Kicking off the event was the former director of GCHQ, Robert Hannigan, who discussed the importance of skills as well as forecasting what the future of cyber could look like, both in terms of threats and defence. Having detailed the great technological lengths he had gone to when observing the cybercriminal activity of hacking groups, Robert claimed that a lot could be learned from the nefarious actions of hackers.

He noted that they are in constant communication with one another via online forums, discussing the many ingenious ways they can exploit businesses or users. Robert stated that speed was key for a cyber attacker particularly when running operations via the dark web in order to maximise financial gain while reducing the risk of getting caught. He later revealed that hackers would regularly discuss how to improve ransomware attacks.

Robert felt that this level of dialogue displayed by the criminal underground should be replicated by security professionals, particularly in regard to developing defence systems. This could speed up the creation of protective solutions which will help narrow the gap between criminals creating a threat and organisations having an adequate defence in place.

Next on the billing was Max Vetter, Chief Cyber Officer of Immersive labs. Max is a former Metropolitan Police Officer, Intelligence Analyst and covert Internet investigator and has been forensically tracking and linking activities of organised crime groups in the UK. His talk was on the takedown of the drug utopia website that was Silk Road, which was of interest, not only to me, but also a senior cybersecurity journalist who agreed to interview him later.

The talk began with a presentation explaining the origins of The Onion Router (TOR) as a tool for anonymous communication. While there are many benefits of TOR – which can be easily researched and are well documented – the allure of anonymity naturally attracted the attention of cyber criminals.

It led Ross William Ulbricht to found and create the Silk Road dark web marketplace. This might be an unfamiliar name to many and perhaps more popular are his aliases: Dread Pirate Roberts or Altoid. Yet, at the time of his arrest and the seizure of Silk Road (both in 2013), his estimated net worth was roughly $28.5 million. Max continued to explain the story of The Silk Road, an online black market which was known for selling illicit and illegal services and products…kind of like an eBay for the dark underworld. The giant presentation screen then flooded with adverts of guns, drugs and assassins for hire. It was like online shopping for groceries at Sainsburys, but for criminals.

Each item had a price in Bitcoin (the online currency synonymous with the Dark Web), a star rating and reviews that were left by happy paying customers. There was even Fairtrade cocaine sellers! However, Max did state that the assassins for hire were most likely Nigerian conmen. The Silk Road had become a multi-million-dollar business and was the home to the darkest corner of the internet.

Max then explained how despite his growing reputation and wealth, which had been amassed through computer hacking and drug trafficking, Ross had unwittingly been leaving breadcrumbs of his online activity in plain sight. These were eventually used as evidence against him. The most obvious piece of evidence was a post made by Altoid on an online forum where he sought programming help. He requested all advice to be sent to his personal email address which contained his full name. It didn’t take investigators long to link the missing dots. Ross Ulbricht is now currently serving life imprisonment without the possibility of parole.

Since the Silk Road takedown, police forces and special crimes units across Europe and the US have begun unravelling these secret marketplaces, removing them from the open internet. With over 30 known drug markets still live, the race is on to stop these criminals from spawning new ones…