How to do PR in France 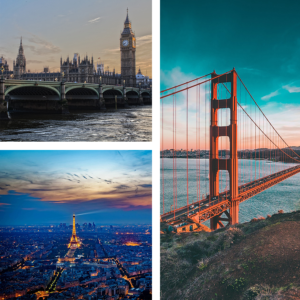 Last month we published an article detailing how to work with the German press. Today we will focus on its counterpart; France. There are many similarities in the practice of public relations in both countries, so advice from last time such as keep it local and listen to the editor is still relevant, but there are a number of ways that France is different.

You might notice a certain tension between journalists and public relations professionals in France. Journalists like to go straight to the source, seeing the PR practitioners as a “middle man” killing the news. Nevertheless, relationships between the two, once they have been built up, can be very important and lead to significant news stories.

Don’t be (too) promotional

There is in France a general feeling of “disenchantment” regarding anything that is viewed as too promotional. French journalists often view press releases as promotional tools, and can be cynical about them, so it is important to give the bigger picture and explain how your news fits into the wider industry. French journalists like to have the opportunity to ask their own questions to find out more about a story, so it isn’t unusual to get requests for interviews or emailed questions about a release, a little more like the way it works in the US.

As in Germany, the IT media landscape in France is more condensed than in English-speaking countries, and it also mean that quality rather than quantity is the key. Companies that inundate press with too much content risk losing their credibility and may only be regarded as a promotional agent rather than a news provider. Trust your PR agency’s understanding of each publication and what they want to receive, and you will find you get better results.