By Nicole SigristAugust 2, 2021No Comments 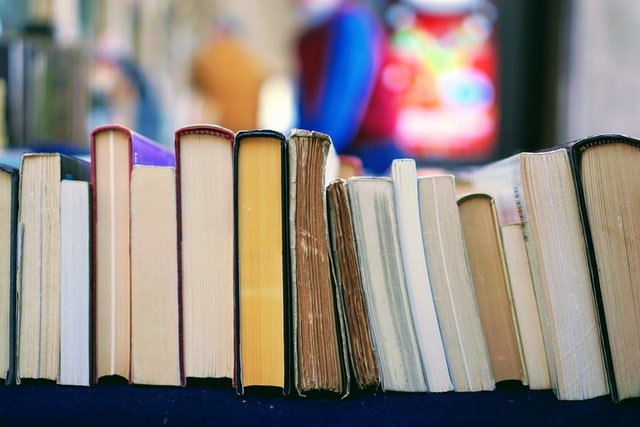 Author of ‘The Smartest Person in the Room’, Christian shares his top picks for Building a Stronger Company & Security Culture

Building a strong company culture can do wonders in improving overall employee engagement, productivity and retention. The following books offer leaders a wealth of insights to successfully take their organisation to the next level.

Equally important, lessons can be drawn from each of these books to foster a powerful security culture: each contribute nuggets of wisdom fundamental to achieving cybersecurity alignment with one’s business, its vision, leadership, values etc.

Blurb: Combat, the most intense and dynamic environment imaginable, teaches the toughest leadership lessons, with absolutely everything at stake. Jocko Willink and Leif Babin learned this reality first-hand on the most violent and dangerous battlefield in Iraq. As leaders of SEAL Team Three’s Task Unit Bruiser, their mission was one many thought impossible: help U.S. forces secure Ramadi, a violent, insurgent-held city deemed “all but lost.” In gripping, firsthand accounts of heroism, tragic loss, and hard-won victories, they learned that leadership – at every level – is the most important factor in whether a team succeeds or fails. Willink and Babin returned home from deployment and instituted SEAL leadership training to pass on their harsh lessons learned in combat to help forge the next generation of SEAL leaders. After leaving the SEAL Teams, they launched a company, Echelon Front, to teach those same leadership principles to leaders in businesses, companies, and organizations across the civilian sector. Since that time, they have trained countless leaders and worked with hundreds of companies in virtually every industry across the U.S. and internationally, teaching them how to develop their own high-performance teams and most effectively lead those teams to dominate their battlefields.1

Mentioned in his own book, Christian’s key takeaway is that there are no bad teams, just bad leaders…

2) Mindset: The New Psychology of Success – By Carol S. Dweck

Blurb: After decades of research, world-renowned Stanford University psychologist Carol S. Dweck, Ph.D., discovered a simple but ground-breaking idea: the power of mindset. In this brilliant book, she shows how success in school, work, sports, the arts, and almost every area of human endeavour can be dramatically influenced by how we think about our talents and abilities. People with a fixed mindset—those who believe that abilities are fixed—are less likely to flourish than those with a growth mindset—those who believe that abilities can be developed. Mindset reveals how great parents, teachers, managers, and athletes can put this idea to use to foster outstanding accomplishment.2

Christian also discussed the power of mindset in his book, using the analogy of the Red Pill vs. Blue Pill drawn from the film, The Matrix; whereby the Red Pill represents a growth mindset. In his words, Christian shares: “I think this [a growth mindset] applies to organisations as well, especially when it comes to innovation. Afterall, organisations are made up of people.”

3) Start with Why: How Great Leaders Inspire Everyone to Take Action – By Simon Sinek

Blurb: Sinek starts with a fundamental question: Why are some people and organizations more innovative, more influential, and more profitable than others? Why do some command greater loyalty from customers and employees alike? Even among the successful, why are so few able to repeat their success over and over? People like Martin Luther King Jr., Steve Jobs, and the Wright Brothers had little in common, but they all started with WHY. They realized that people won’t truly buy into a product, service, movement, or idea until they understand the WHY behind it. START WITH WHY shows that the leaders who have had the greatest influence in the world all think, act, and communicate the same way — and it’s the opposite of what everyone else does. Sinek calls this powerful idea The Golden Circle, and it provides a framework upon which organizations can be built, movements can be led, and people can be inspired. And it all starts with WHY.3

Christian references Sinek’s TedTalk, ‘How Great Leaders Inspire Action’, in ‘The Smartest Person in the Room’. Understanding ‘why’ an organisation exists in the first place is something Christian strongly believes all organisations should do. It has the potential to set an organisation apart from the rest!