How to succeed in your PR efforts in the first three months: Securonix – A success story 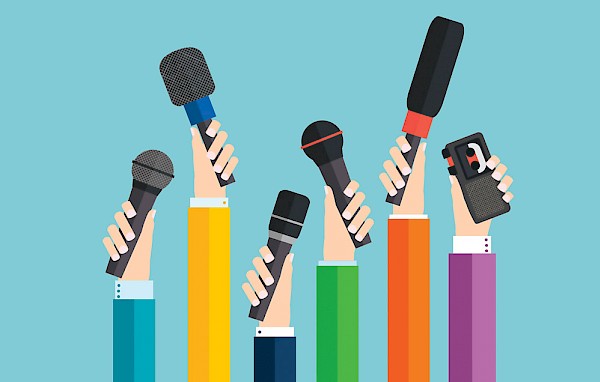 Securonix became an Eskenzi client in January 2019, and in Q1 they gained the highest share of voice (SOV) against their competitors, elevating them from third place in Q4 2018 to first place. Securonix share of Voice (SOV) increased by 17.1% in Q1 2019 compared to Q4 2018. This was not a simple task, but a reactive and versatile PR strategy made it possible.

So how did we do it? Here are the top three tips learnt from the first three months working with Securonix:

1. The importance of a concrete PR strategy

Setting up a plan that utilised a range of PR tactics from rapid responses to press releases to research to articles to name but a few was crucial for successfully raising Securonix’ profile in the UK. In total, Eskenzi PR achieved 56 pieces of coverage, which included coverage in national and top tier security publications.

Research reports and articles were crucial elements of our PR success. Within two months, Securonix had provided us with two research reports, which allowed us to position them as thought-leaders and entice journalists to take notice.

When it came to articles it was all about tackling the topics of the day in a new light. This included everything from starting a conversation around the pitfalls of attack attribution following the rush to attribute the hack against German politicians in January 2019 as a nation state attack to a discussion on the password paradox after it was revealed a top password manager had severe vulnerabilities. Articles offered Securonix the opportunity to provide a more nuanced take on breaches, hacks and vulnerabilities.

2. Rapid Response: quick, effective and not to be forgotten

Rapid responses were an essential element of Securonix’ PR strategy. Over the course of three months, we pitched to media thirty-four pieces of commentary, resulting in 37 pieces of coverage.

Achieving this involved identifying themes and topics to track in the media that fitted with Securonix brand messaging and their spokespeople’s expertise. It was then down to them to provide us with commentary that was clear, understandable and short but with a little bit of flare. All of which needed to be shared with media within a couple of hours of a story breaking.

Securonix was not afraid to tackle the hot topics of the day, including the back door on Huawei laptop, the Norsk Hydro attack, GDPR and the Swedish Healthcare line breach, and doing so helped Securonix secure top coverage.

3.Commentary: Strong and opinionated is the name of the game

One of the most important steps was identifying what was unique, different, educational and in some instances controversial about Securonix spokespeople’s perspective of the cybersecurity landscape. What perspective could they offer on a breaking story that would spark the interest of journalists in 150 words or less?

Identifying the appropriate commentary and tone is what lead to top tier coverage in Forbes, The Times, SC Magazine, Infosecurity Magazine and the New Statesman to name but a few of the great publications Securonix saw themselves featured in within the first few weeks of working with Eskenzi.

To hit the ground running with your PR efforts, just like Securonix did, make sure you have a dedicated team of spokespeople and a consistent, strong and opinionated voice that will resonate with journalists.

PR is not something that happens overnight but having these things in place will make sure that the foundations are there. And you never know you could get lucky and be swimming in coverage in the first three months. For more information on how to succeed with your PR efforts, why not contact us.